Cargo theft surged in 2020, making the year even tougher on fleets 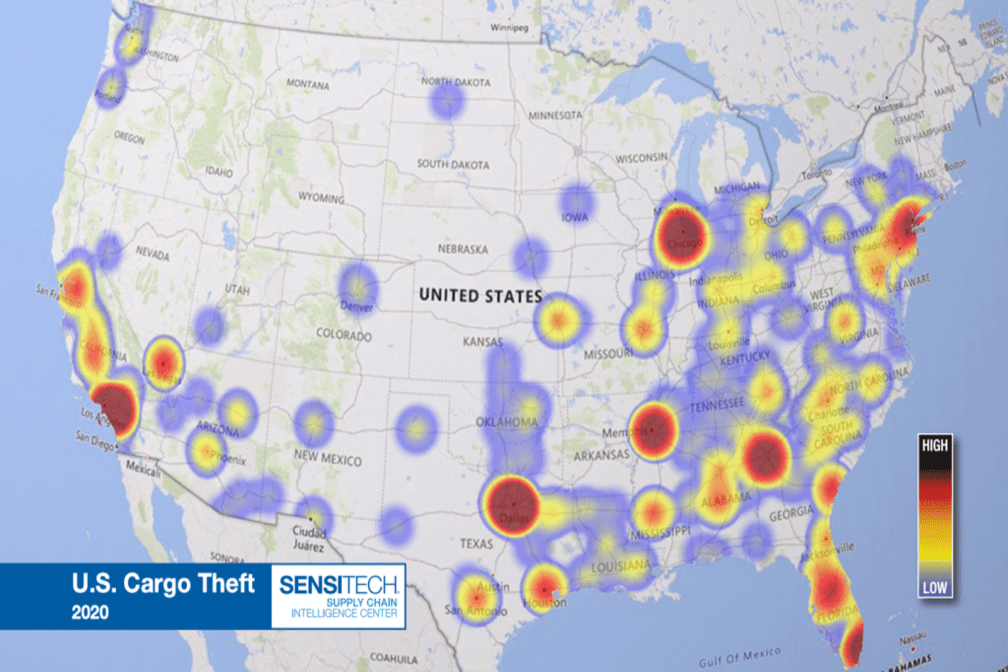 The 2020 COVID-19 pandemic ravaged the worldwide economy, greatly hurting almost every industry. The trucking and logistics industries were not spared, as non-essential manufacturers were forced to shut down, reducing the amount of freight and eliminating the need for many trucking lanes.

Even the most successful fleets were hit hard, losing quite a large chunk of their regular business. One part of the pandemic that also hit the industry hard was the overall rise in crime in the nation. Within logistics, this often manifested itself as cargo theft, which hit a five-year high, further harming fleets across the country.

A total of 870 cargo thefts were recorded throughout the USA in 2020, with numbers split pretty evenly by quarter. The average value of theft was $166,854, representing almost $150 million dollars of stolen cargo. While this may seem like a small percentage of the overall industry value, it is still highly significant.

Theft reports increased by 23%, while the average value increased by 41%. As previously mentioned, the industry hasn’t seen such high numbers since 2016.

Reasons for Increased on Cargo Theft

There are several reasons why cargo theft became more desirable for criminals in 2020. From a broad perspective, the pandemic hit many individuals hard, leaving them out of a job and resorting to desperate measures in order to make money.

When it comes to freight, product targeting became a major source of theft. It was common knowledge that there were shortages of specific products at the height of the pandemic. Items such as toilet paper, hand sanitizer, and personal protective equipment were in high demand and short supply. If the thieves knew where these products were being manufactured, they could easily target trucks going in and out of those facilities.

These thieves would take these generally low-cost materials and sell them for far more than they were worth, taking advantage of families who were desperate to find them when the stores were out of them.

The quantitative analysis obviously shows that the numbers increased year-over-year, but that isn’t the only change. The location of the thefts also showed a different trend, with incidents on the road actually slightly decreasing, while thefts from manufacturing and storage facilities increased.

This, again, is the result of thieves targeting specific products and knowing exactly where they were being stored. With many facilities open for longer hours and experiencing volatility in supply, thieves could take advantage of reduced security and easier access to products.

In previous years, the fourth quarter typically produced a surge in cargo theft, thanks to thieves targeting expensive holiday items. While the fourth quarter was still the busiest for cargo theft, it was far closer to the other three quarters than in years past. And while December is almost always the busiest month, that was not the case in 2020. April accounted for the most thefts, most likely due to the rush to secure certain products as fear of the pandemic continued to rise.